Right Up Your Street: How Faith-Based Organisations Are Tackling Loneliness 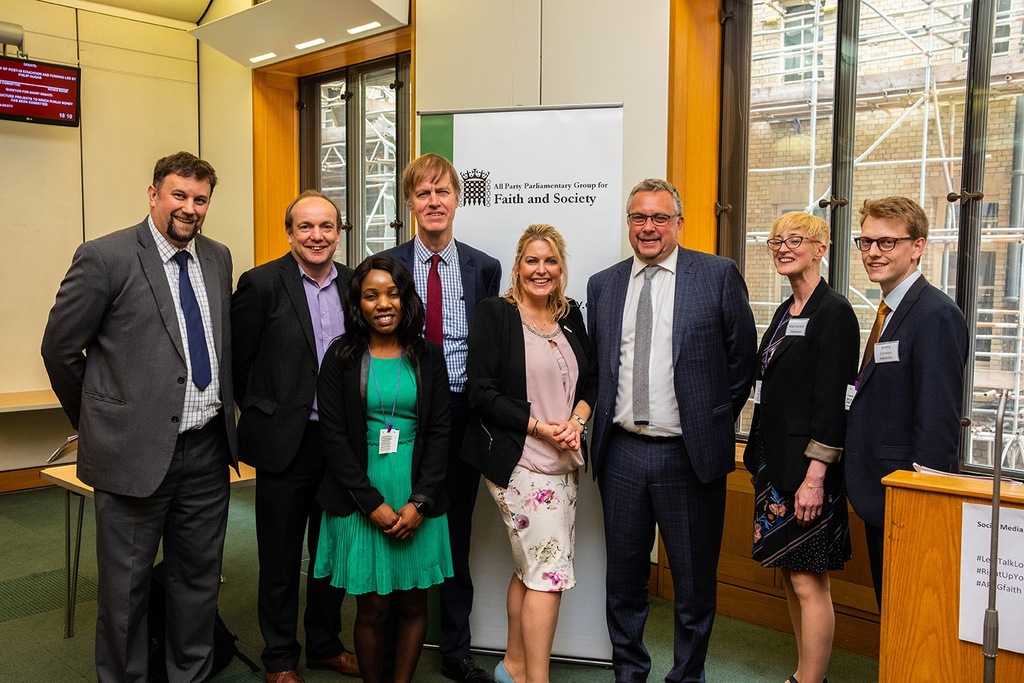 Right Up Your Street: How Faith-Based Organisations Are Tackling Loneliness, the new report from FaithAction for the All-Party Parliamentary Group on Faith and Society, was launched this week at a reception in Parliament.

We were delighted that Mims Davies MP, the government minister with responsibility for tackling loneliness, was able to join us. She was very encouraging about the role of faith in tackling loneliness, saying that faith groups are the ones who know what works, and that others should not therefore not be afraid of working in partnership with them.

Rodie Garland and Jeremy Simmons from the FaithAction team, who wrote the report along with Jenny Hadgraft, presented the key findings, followed by responses from Tim Farron MP, Neil Churchill, Director for Experience, Participation and Equalities at NHS England, and Steve Double MP. The Rt Hon Stephen Timms MP and Daniel Singleton of FaithAction chaired the meeting.

The aim of the report was to shine a light on the great work that faith groups from all traditions are doing to tackle this critical issue for our society. It highlights the key characteristics of their work, and a number of examples of good practice from FaithAction members: Care Home Friends, Muslim Women of Merton, All Souls Church Hounslow, Northwood and Pinner Liberal Synagogue, Churches and Industry Group Birmingham, Good Neighbours Network, the Nishkam Centre and the Vineyard Community Centre, Richmond.

We are now calling for those in public services, such as doctors and those involved in social prescribing, to make themselves aware of what local faith groups can offer, and be willing to refer people to this provision where appropriate. We’ll be doing some further research looking at the extent to which this is already happening.

Finally, we want to help faith-based organisations to get better at articulating their offer when it comes to tackling loneliness. We are part of a much bigger, cross-society effort to reach out to people who are lonely; we’re not doing this in isolation, so let’s join up and put the power of faith into action.

Event with the University of York: Churches, COVID-19 and Communities

This is not an official website of the House of Commons or the House of Lords. It has not been approved by either House or its committees.
All-Party Parliamentary Groups are informal groups of Members of both Houses with a common interest in particular issues. The views expressed in these webpages are those of the group.

This website is managed by FaithAction, a charity and the secretariat for the APPG.